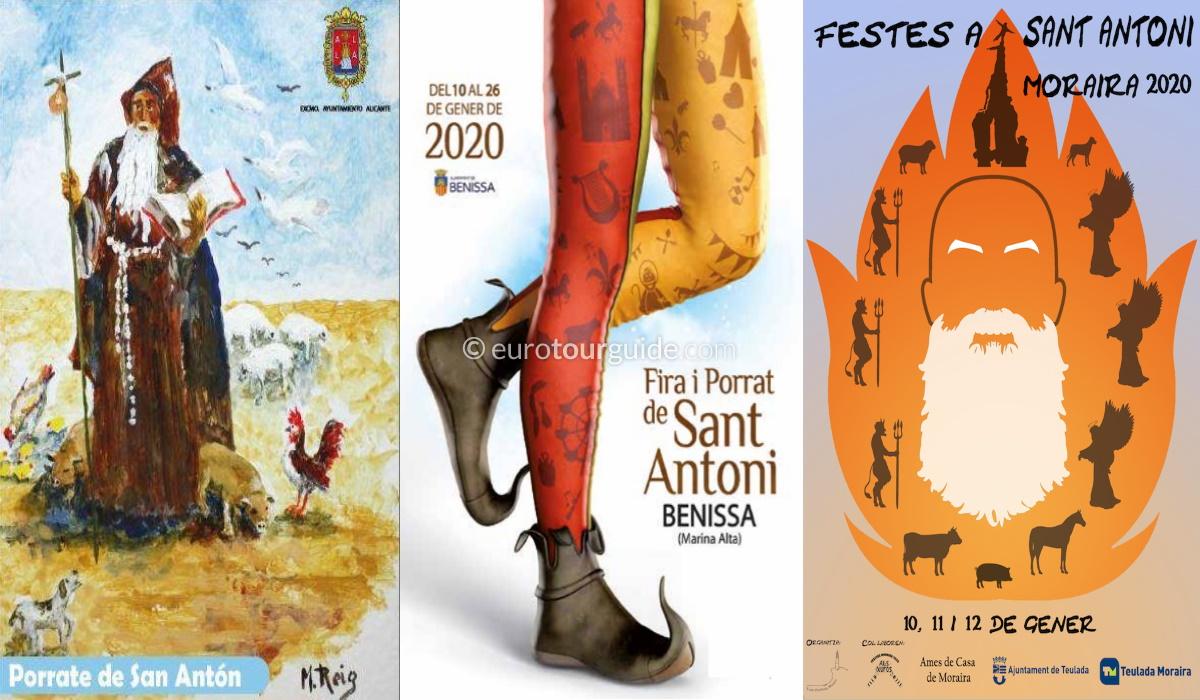 Just added is a one night coach tour to Valencia including a night at the theatre for the Simon and Garfunkle Tribute Band’s World Tour Concert at the beginning of April. There are just 2 rooms left for the AP Tennis Open in Madrid in May, and you can already book onto the Spanish Open Golf in Madrid in October.

The second Elche CF home game of 2020 takes place on Sunday the 19th with a midday kick off, and the match against Malaga on the 1st February is also available for booking.

The first fiesta of the year is in honour of San Anton on the 17th January, this is followed by Fiestas to honour San Sebastian and San Fulgencio. San Anton is the protector of animals, so over the next couple of weeks there will be animal parades and ceremonies in the church plaza’s to bless all types of animals.

After the busyness of Christmas and the Three Kings, this weekend is unusually quiet in the Costa Blanca South. The Miniature Trains will be chugging around the Miniature Track at Torrellano as the Friends of the Railways Association offer rides for 1,50€ per person on Sunday morning. The San Anton celebrations will begin in the City of Alicante this weekend with the oening of the Porrate stalls, traditional games and a giant sausage.

The programme of free Guided Visits throughout the Region of Murcia has been released for 2020, so you can now reserve your place.

This weekend the San Anton celebrations will take place in Moraira and Benissa. In both of these towns the traditional Pine Tree will be burnt on Saturday evening, and the Animals Paraded and Blessed on Sunday morning. The monthly Farmers market, known as the Mercat dels Porxes, will be in the Placa Jaume in Benissa this Saturday morning.