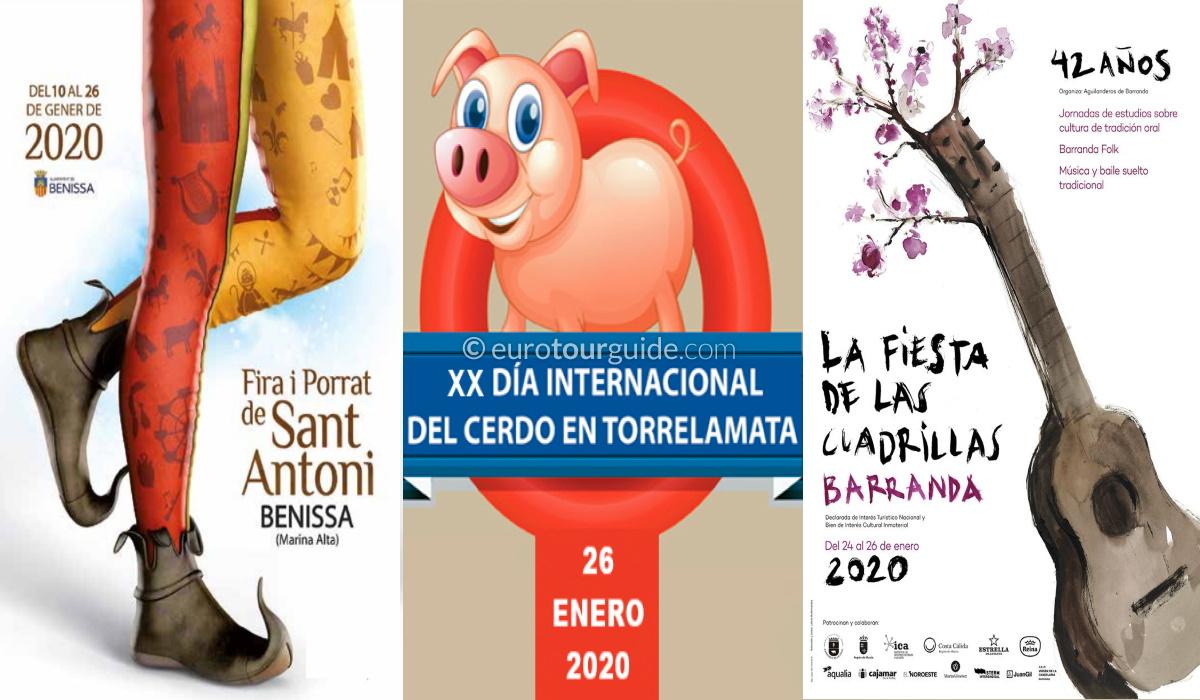 Brighten up the end of January by joining us for the Cuadrillas Folk Festival on Sunday. A number of local musicians and dancers take to the streets and compete against each other in the hope that they will win this years 'best band'. We follow this with a typical 3 course Menu Fin de Semana, all for 29€.

There are some great concerts coming up;  Simon and Garfunkle Tribute Band’s World Tour Concert in Valencia including a 4* hotel for 99€, the amazing uplifting voices of Joyful singing a selection of cover songs in English, the Darkness UK Soft Rock Band European Tour Concert on the 31st January and Coach Only going to the Sting Concert in Murcia at the end of July.

Our monthly Special Coach Tours have been added for February, March, April and May and are to the Almond Blossom, Peach Blossom, Flower Parade and Wine Horses. Elche CF will be playing Malaga on the 1st February and there is the AP Tennis Open in Madrid in May and Spanish Open Golf in Madrid in October.

As January draws to a close, we start to look forward to the Carnivals, Tapas Routes and Almond Blossom. This year the Almond Blossom has come a little earlier than normal due to the warm winter and Lent starts on the 26th February.

It will be the 20th annual Day of the Pigs Fiesta in La Mata where, on Sunday from 12:00 onwards you can queue to receive your free cooked pork chop, a slice of bread, stick of celery and a drink!

The 42nd edition of the Fiesta de las Cuadrillas will take place near Caravaca de la Cruz on Sunday. This is when bands of non professional musicians, singers and dancers take to the streets in an attempt to out play the other bands. There will be a small Medieval Market in Archena all weekend, and a Carnival Float Parade in Ricote on Saturday. The weekend Tapas and Cocktail Route begins in Cehegin with Tapas and Cocktails for 2,50€ every Friday, Saturday and Sunday until the 23rd February. The Free Guided Visits can be enjoyed throughout the Region of Murcia on Saturday and Sunday, as part of their year long Tu Visita Guiada programme.

This weekend the San Sebastian celebrations will take place in Javea. It is the third and final weekend of the San Anton Fair in Benissa, with a Medieval Market and an Animals, Agricultural Vehicles and Cars Exhibition and Fair.