The programme of events and activities for the Festive Period in Guardamar del Segura from the 5th December 2019 until the 5th January 2020. The town hall have put together a number of events including the switching on the Christmas lights, concerts, Santa's Grotto, Three Kings Parade and much, much more! The English version of the programme is:
Thursday 5th December
Turning on of the Christmas lights in the street and on the Christmas Tree
Sunday 8th December
20:00 Christmas Speeches in the Plaza del Ayuntamiento
21:00 Inauguration of the Nativity Scene beside the Town Hall.
Saturday 14th December
19:00 Christmas Concert in the Music School
Friday 20th December
17:30 Arrival of Father Christmas and the inaugration of his grotto, which is open until 20:00 on the 26th December (closed on the 25th December)
Tuesday 31st December New Years Eve
23:30 New Years Eve Party beside the town hall with live music.
Sunday 5th January
18:00 Three Kings Parade, known as the Cabalgata de Reyes Magos from the Plaça Jaume II, along Avenida. País Valencià and Calle Mayor finishing at the Town Hall where they give the gifts to the children. 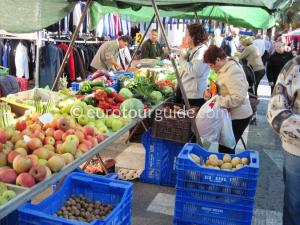