Cartagena is a fascinating city to visit at any time of the year, but it is particularly interesting during the Romanos y Carthagineses Fiesta. This re-enactment of the battles between the Romans and the Carthaginians is well worth seeing, as it has been declared as being of National Tourist Interest. It takes place annually, this year it will be held between the 20th to the 29th September 2019.
Each day during the fiesta various parts of this story are re-enacted, so you'll need to visit everyday to get the whole story or return every year on a different day!! The acts for the fiesta take place in two main locations; one at the port and the other at the football ground. The 'Festival Camp' is located in the football stadium and is a great place to visit as there is lots going on. It is the site for some of the re-enactments and the headquarters for each association, the location of the artesian and craft market and the place to enjoy locally produced traditional food and drink! The port is the site for many of the battles, including the big one when the Romans arrive by boat and take control of the city.
The programme for the 2019 Cartagineses y Romanos in English is:
Friday 20th September
19:30 Lighting the Sacred Fires at the Teatro Rmano
21:00 Opening Speeches in the Plaza del Ayuntamiento.
21:45 March towards the Festival Camp. Route: Plaza del Ayuntamiento, Mayor, Puerta de Murcia, del Carmen, Plaza de Espana, Alameda de San Anton, Puente Carthago Nova finishing at the Festival Camp.
23:00 Inauguration of the Festival Camp.
Saturday 21st September
20:30 Founding of Qart-Hadast at the Port.
Sunday 22nd September
20:30 Destruction of Sagunto on the stage at the Port.
21:30 The century Assembly on the stage at the Port.
Monday 23rd September
21:00 Wedding of Hannibal and Himilce on the stage at the Port.
23:30 Carthaginian Weddings at the Festival Camp.
Tuesday 24th September
21:00 Oracle of the Goddess Tanit at the Auditorium Parque Torres
Wednesday 25th September
20:30 Roman Comedy in the Plaza Ayuntamiento
22:30 Great Latino Fair and Gastronomic Tasting at the Festival Camp, calle romana.
Thursday 26th September
18:00 Grand Children's Parade from the Plaza de Espana to the Festival Camp
20:30 Landing of the Cartaginian Navy and the hiring of mercenaries on the stage at the Port.
21:45 Hannibal Marchs to Rome. Route: Plaza del Ayuntamiento, Mayor, Puerta de Murcia, del Carmen, Plaza de Espana, Alameda de San Anton, Puente Carthago Nova finishing at the Festival Camp.
00:00 The Plans of the Gods (women of town ask the Gods to aid their men in the battle) at the Festival Camp.
Friday 27th September
10:45 Maritime Battle in the Port.
17:00 Landing of the Roman Army at the Port.
18:00 Great Battle to conquer Qart-Hadast at the Cuesta del Batel.
20:30 Great Military Victory Parade after the surrender of the city. Route: Plaza del Ayuntamiento to the Festival Camp.
Saturday 28th September
19:00 Great Parade of the Troops and Legions. Route: Plaza del Ayuntamiento, Mayor, Puerta de Murcia, del Carmen, Plaza de Espana, Alameda de San Anton, Soldado Rosique, Puente Carthago Nova finishing at the Festival Camp.
Sunday 29th September
20:30 Roman Victory at the Festival Camp
22:00 Extinguishing of the sacred fire at the Festival Camp
22:30 Grand Firework display on the Explanada del Cartagonova
A little bit of history so it makes it easier to understand the re-enacted battles and events. From about 600BC the area was inhabited by the Carthagnians. Originally from modern day Lebanon, they fled their homeland after it was invaded, and settled in the area to become seafaring traders around the Mediterranean. The head of the main family was the Hamilcar Barca and he renamed the settlement Kart-Hardath which over time evolved into Quart-Hadast and then Cartagena. By 300BC the Romans had become very powerful and wanted to take control of these trading routes so embarked on the 1st Punic War. They didn't succeed and agreed to a truce. Peace reigned for a further 80 years, until 219BC. It was broken when the Carthagnians, lead by Hadrubal the son in law of Hamilcar Barca, decided to attack one of the Roman settlements. The Roman waited. Then Hannibal, after getting married to Himilce, departed in 217BC on his famous journey over the Alps with his 37 elephants, 100,000 infantry and 12,000 horsemen to attack Rome and claim it for the Carthagnian. The Romans took their chance, invaded and conquered a relatively undefended Cartagena during the 2nd Punic War. 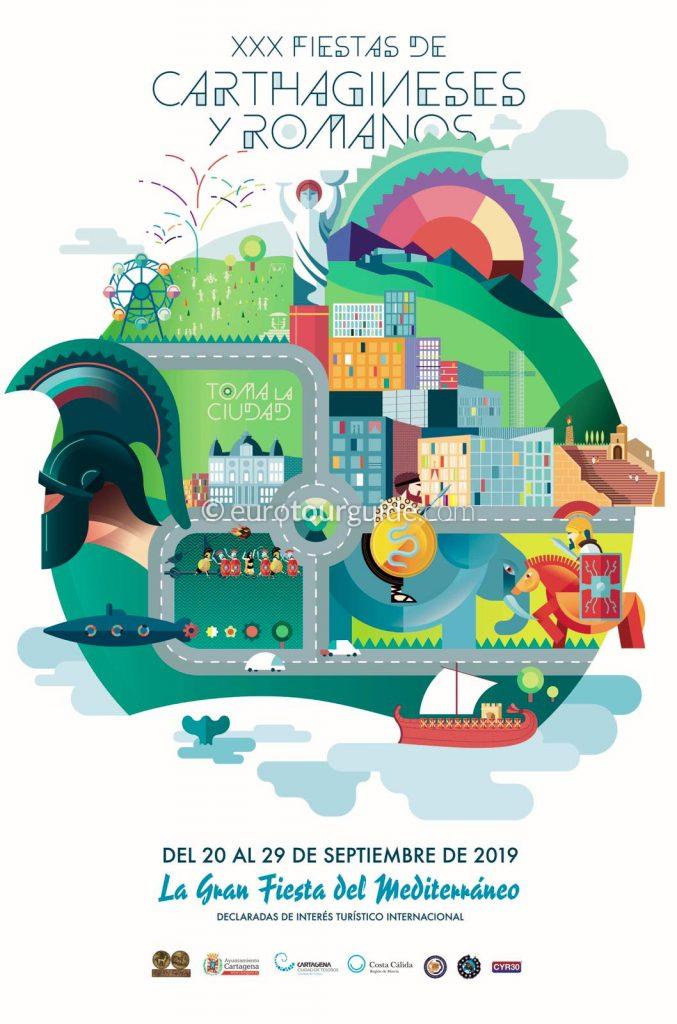 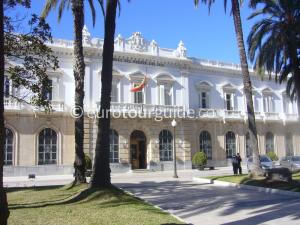