A visit to the towns of Altea and Albir, the coastal part of L'Alfas del Pi, makes for a great day out. They are situated just a few kilometres apart and are a perfect contrast to each other. In Altea it's all about the old town and in Albir it is all about the beach!

Altea is without doubt one of the most charming towns of the Costa Blanca North. It's old town is packed full of character and the impressive church with its blue and white tiled dome roof has to be one of the most photographed landmarks of the area. It's cobbled lanes, many of which are stepped, wind up to the plaza at the top of the hill with the church and magnificent views of the mountains and the sea. The pedestrianised streets are packed with top class restaurants and a fascinating array of tiny shops offering exquisite local crafts, paintings and gifts.

L'Alfas del Pi is a town of two halves; the original fortified village which is located some 4 kilometres inland and the much more recent sea-side village known as Albir (as we'll call it from now on) . Albir has a beautiful sandy beach and an attractive palm fringed promenade called Paseo de las Estrellas (Stars' Promenade) in honour of the famous actors and actresses who have scooped awards at the International Film festival that L'Alfas del Pi hosts every July. 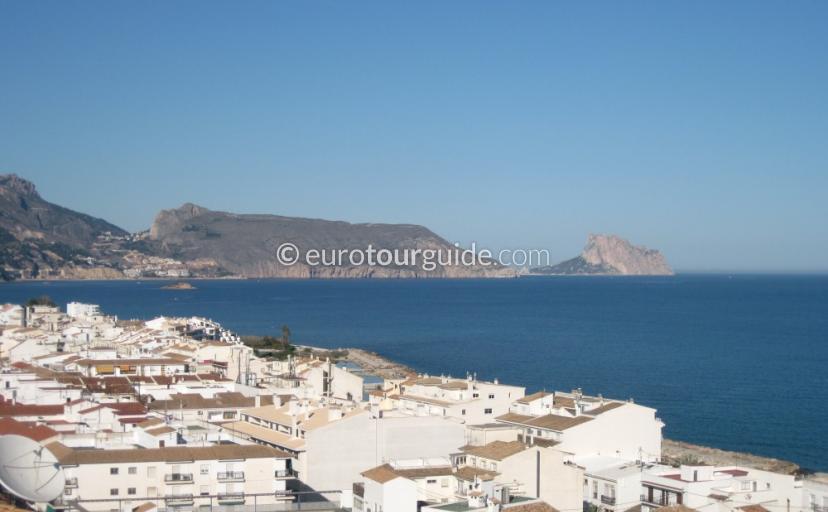 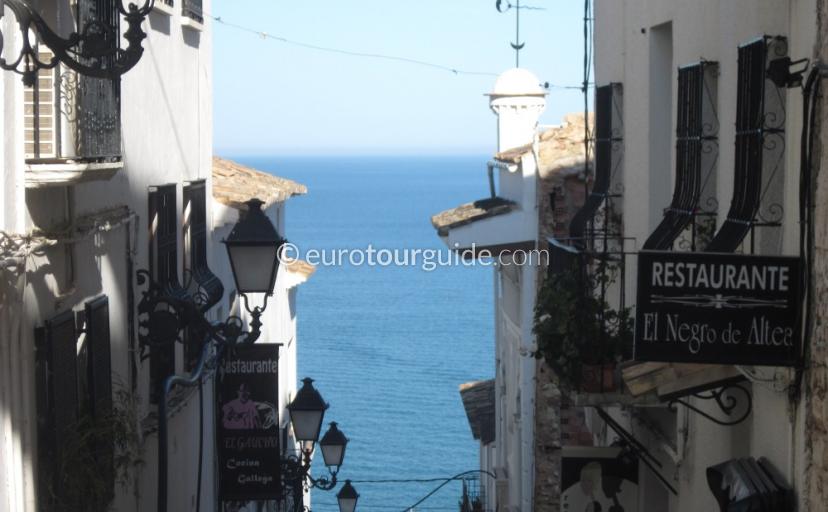 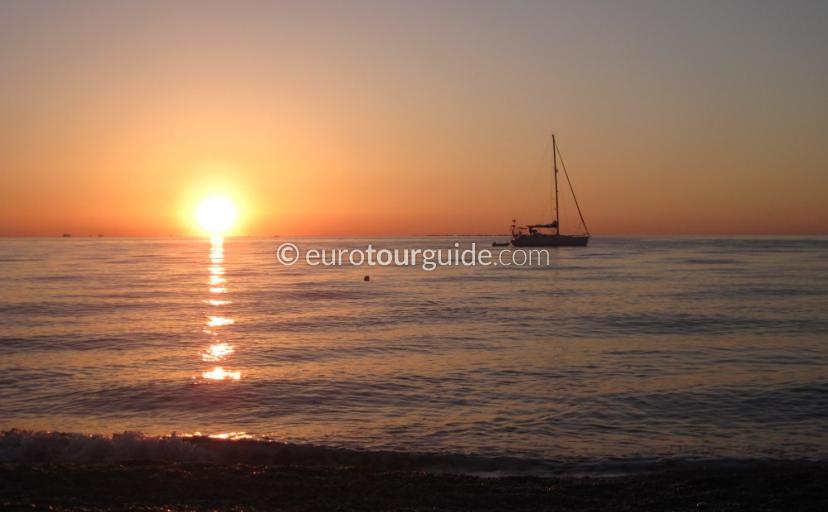