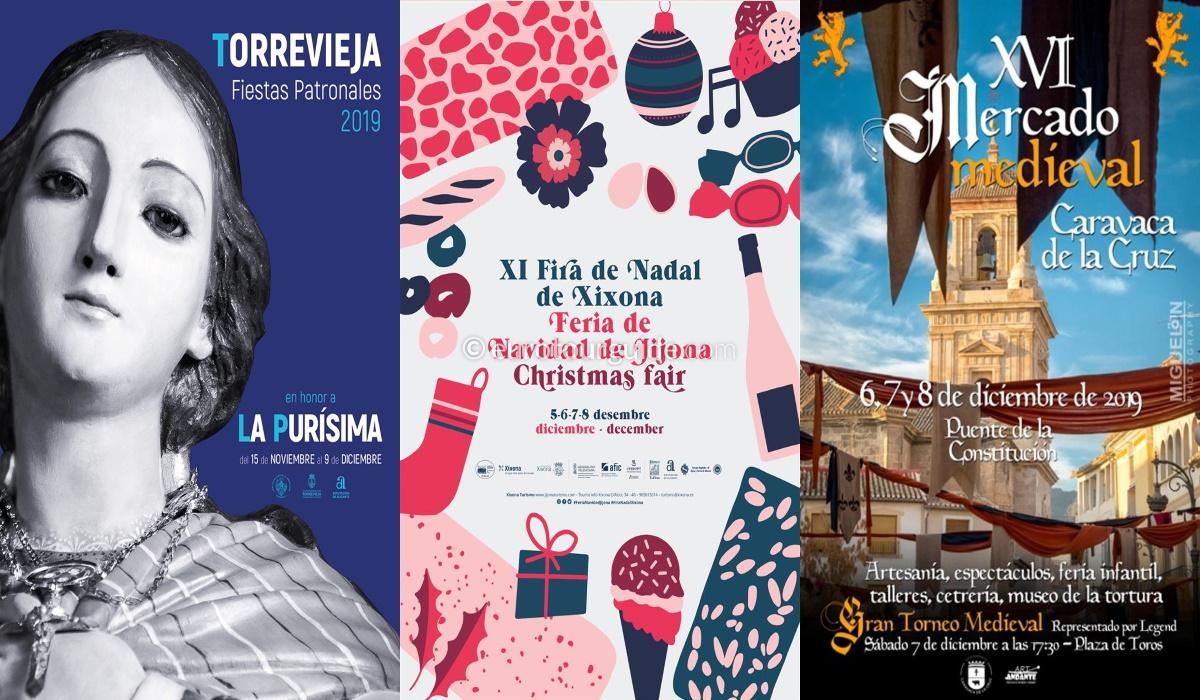 There are limited places available on Friday the 20th and Saturday the 21st December for the Murcia Christmas Lights Coach Tour. A magical evening which is guaranteed to put you in the Festive Spirit, where last year we enjoyed the beautiful Christmas Lights, a very big Christmas Tree with laser show and even fake snow. Check out the video tab on the booking page.

Filling up quickly is the wonderful evening of the Bocelli and Celine Dion Tribute Concert in the Canelobre Caves in aid of Busot Animal Rescue on the 15th February, and there are only 3 double/twin rooms and 1 single room available for the AP Tennis Spanish Open in Madrid from the 4th to the 6th May 2020.

Elche CF have their last home game of 2019 on Sunday the 15th December, when they take on Las Palmas, it is 20€ for coach travel and adult match ticket. If their current form continues Elche CF could enter the Christmas break in the play off positions for La Liga!

For 2020 we have; the Chinese Acrobatic Circus, many of who are former Olympic gymnasts performing at the El Batel in Cartagena on the 11th January, the Darkness Soft Rock group European Tour Concert in Murcia on the 31st January, the Fabulous Fallas in Valencia from the 17th to the 20th March, and Coach Travel to the Sting Concert in the Plaza de Toros  Murcia at the end of July.

The build up to Christmas gets into full flow as the Calendar becomes packed with a fantastic array of festive fun! This weekend there will be a large Medieval Market in Caravaca de la Cruz, and a large Christmas Fair in Jijona, famous for the Turron Christmas delicacies. Remember that both Friday the 6th, Constitution Day, and Sunday the 8th, Immaculate Conception Fiesta, are Public Holidays throughout Spain.

The 32nd Puppet Festival finishes on Sunday in Alicante city, the miniature Trains will be chugging around the miniature track in Torrellano on Sunday morning, and in Monforte del Cid there will be a Grand Moors and Christians Parade on Friday. The Virgen del Inmaculada Fiesta finishes on Sunday in Torrevieja with the Solemn Procession and Firework Display. There will be Christmas Markets in Rojales, Pinar de Campoverde and Daya Vieja. The Nativity Scene will be inaugurated on Sunday in Guardamar de Segura, and in Benijofar there will be a Procession with the statue of the Virgen de la Purisima followed by Fireworks on Sunday. In Alicante City the festive Ice Rink, Giant Toboggan, Casa de Santa Clause, Artistic Nativity Scene and Christmas Market can all be visited at the Bull Ring, and San Nicolas will be Parading around the City on his White Horse Friday morning. In Elche the Christmas Fun Fair and Ice Skating Rink will open on Friday and the Municipal Nativity Scene will be inaugurated in the Glorieta on Sunday.

The month long 5th Tapas Route continues in El Campello with 26 participating establishments offering a Tapa and a drink for 2,50€. In Denia there will be an Antique Toy Market on Saturday, and in Benidorm the Playmobil Nativity scene will be inaugurated on Friday. There will be a Christmas Market in Calpe and Javea, and the large Christmas Fair from Thursday to Sunday in Jijona, famous for the Turron Christmas delicacies made from locally grown Almonds.

The San Francisco Fiesta finishes on Saturday in San Javier with a Carnival Fancy Dress Parade, and the San Javier Tapas Route finishes on Friday. The Virgen del Castillo Fiesta starts in Yecla, with the Solemn Procession and Fireworks Display on Sunday evening. The large Medieval Market, with some 200 stalls takes place from Friday to Sunday in Caravaca de la Cruz. San Pedro del Pinatar will be hosting their 8th Christmas Fair all weekend, there will be a Christmas Fair in La Manga, and the month long 34th Artisan Christmas Market starts on Thursday the 5th in Murcia, with some 70 stores selling a range of handmade goods.