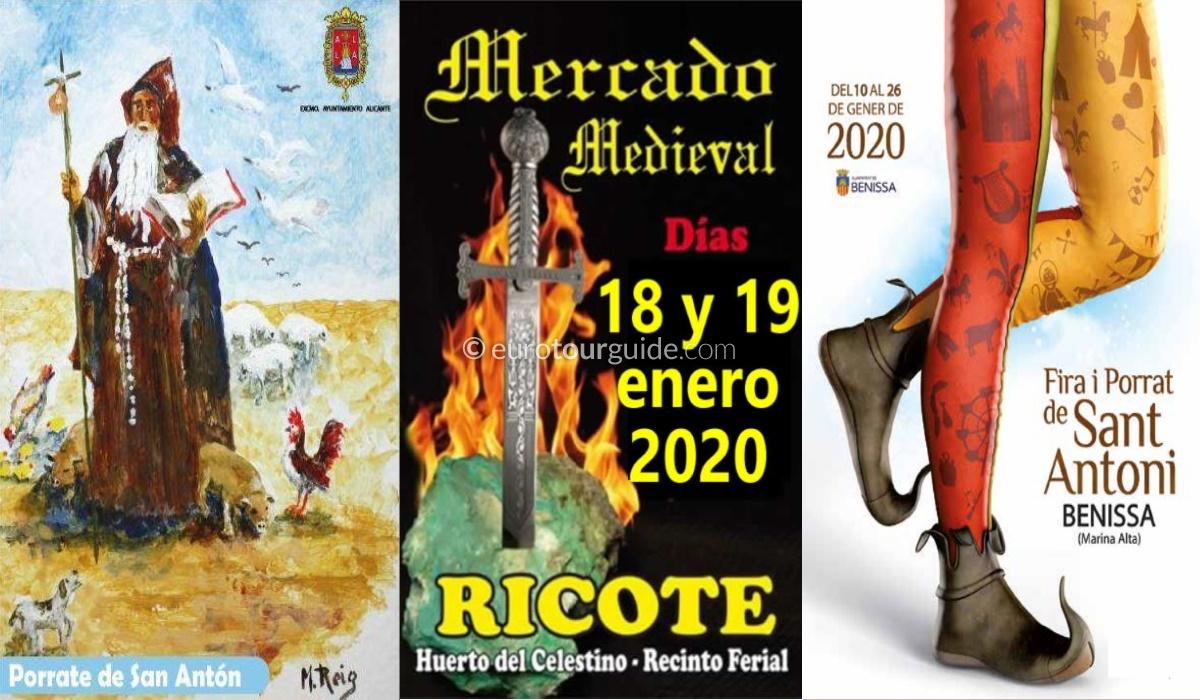 Join us for a one night coach tour to Valencia including a night at the theatre for the Simon and Garfunkle Tribute Band’s World Tour Concert at the beginning of April. We have tickets to the Darkness UK Soft Rock Band European Tour Concert on the 31st January and Coach Only going to the Sting Concert in Murcia at the end of July.

The second Elche CF home game of 2020 takes place on Sunday the 19th with a midday kick off, and the match against Malaga on the 1st February is also available for booking. There are just 2 rooms left for the AP Tennis Open in Madrid in May, and you can already book onto the Spanish Open Golf in Madrid in October.

As every year, the Calendars of Events are quiet at the beginning of January. There are San Anton and San Sebastian Fiestas this weekend and the usual selection of Markets. The dates for the very popular Medieval Market in Orihuela have been confirmed as the 31st January to the 2nd of February. This is the largest Medieval Market in the area and is well worth experiencing.

The last weekend of the San Anton celebrations will take place in Alicante with an Equestrian Exhibition followed by the Blessing of the Animals in the Plaza de Toros on Sunday morning. San Anton will also be honoured in Dolores with a short Parade after Mass with all of the animals, including two enormous bulls which pull a carriage with the statue.

The programme of free Guided Visits throughout the Region of Murcia has been released for 2020, so you can now reserve your place. The Patron Saint Fiesta continues in Ricote with a Moors and Christians Parade on Saturday, Crazy Car Race on Sunday, Solemn Procession on Monday and Wednesday evening. There will also be a small Medieval Market in the Plaza del Ayuntamiento on Saturday and Sunday.

It is the second weekend of the San Anton Fair in Benissa with Wine Tasting, Traditional Dancing and Exhibition of Classic Vehicles. The Bonfires will be burnt on Saturday and the Animals Blessed on Sunday in both Relleu and Teulada in honour of San Anton.