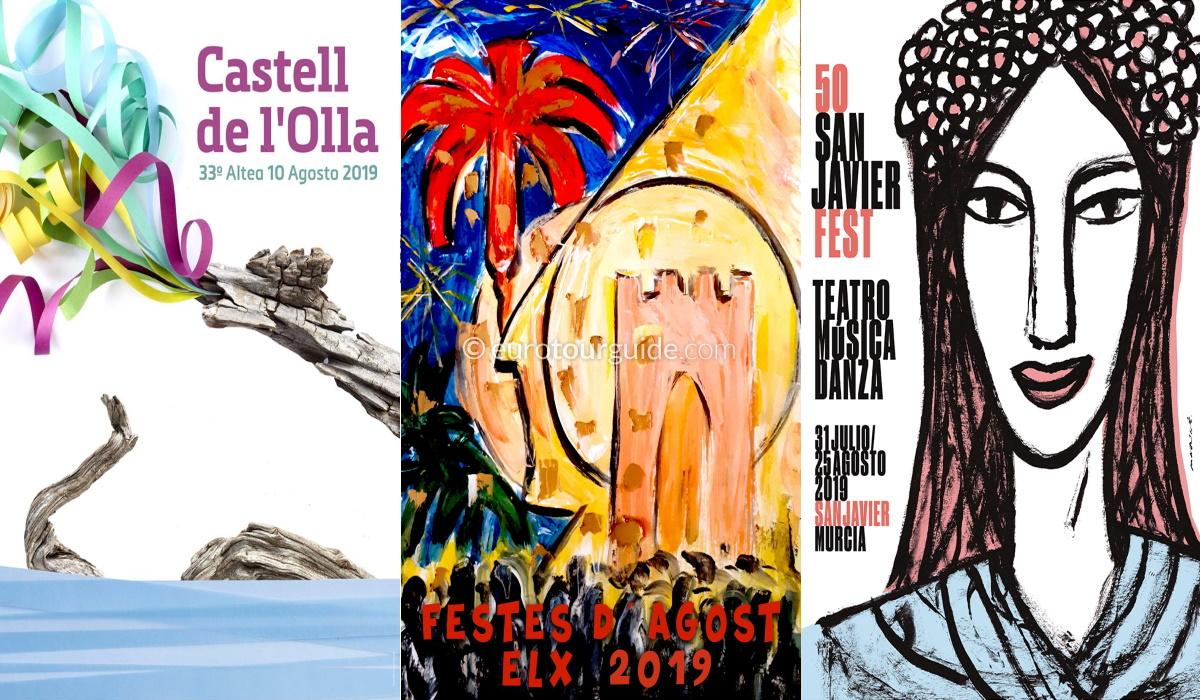 We have just added some amazing overnight coach tours to sporting fixtures in Madrid. Join us in; October to watch the Spanish Open Golf, where Sergio Garcia will be playing; the Horse Racing with 7 flat races in November; the APT Spanish Open Tennis in May 2020 where players include Djokovic, Nadal, Federer, Barty, Osaka & Pliskova. This August we have the Fireworks Extravaganza on the l’Olla Beach near Altea, and a few spaces left for the Coach to the Queen Unrisen & Friends Concert in San Javier. In September there is the opportunity to join us on a 3 night tour to Madrid and a day tour to the BBVA Ladies IFT Tennis tournament in Valencia to watch the stars of the future. For November we have a 1 night tour to Spain v Romania at the Wanda Metropolitano, and in December a 2 night tour to the Christmas Lights and Shopping in Madrid. Already available for booking for next year; the fabulous Valencia Fallas in March 2020, this is bucket list must see Fiesta!

It is the Big Bang Week, with two not to be missed firework displays! Plus next Thursday the 15th is a Public Holiday, so many shops and businesses will be closed. The amazing Castell de l'Olla fireworks will take place on Saturday evening on the beach just outside of Altea. Over 70,000€ worth of fireworks will be enjoyed by some 50,000 people from the pebbled beach. The equally spectacular Nit de l’Alba will take place in Elche City on Tuesday evening when over 66,000 rockets and fireworks are released from 23:15 until Midnight, after which the whole city falls silent and the Ave Maria hymn is broadcast to the hushed crowd.

In Elche the Medieval Mistri Play will take place on Saturday, Sunday and Monday night in the Basilica in Elche, and on Tuesday Act 1 and on Wednesday Act 2 can be enjoyed for free. Added to this is the August Fiesta, with the Masceltas and a Tapas Festival, the spectacular Nit de l’Alba on Monday, the Candle Light Parades of the Nit de la Roa on Tuesday, and another massive firework display on Wednesday night. The Christians will be Parading on Friday night in both Elche and Aspe. In Callosa de Segura there will be a Multi Coloured Parade and Fireworks on Tuesday evening, with the Moors parading the day before on Monday, and the Christians a day afterwards on Wednesday. The Fiestas begin in Formentera del Segura with the Chupianazo on Saturday, and Romeria and Paella Competition on Sunday. In El Mojon, San Roque will be celebrated with a Mariners Market and the Coronation of the Fiesta Queens on Monday evening. In Torre de la Horadada there will be a Maritime Procession with the Virgen de la Asuncion, followed by Fireworks on Wednesday 15th in the evening. The free open air Concerts continue in Santa Pola, where there is a Concert by the Levantina Choir on Friday, and the free guided tours also continue in Torrevieja.

There are 9 Fiestas to enjoy in the Costa Blanca North this weekend. The amazing Castell de l’Olla Fireworks display will take place just outside of Altea on Saturday evening, and is well worth experiencing. The Sant Domenec Fiesta finishes on Saturday in Jalon, the Sant Llorenc Fiesta finishes on Sunday in Busot, and the Virgen de las Nieves Fiesta finishes on Sunday in Calp with a Grand Fancy Dress Parade. In Parcent there will be the Solemn Procession and Fireworks on Sunday, and Giant Paella and Fancy Dress Parade on Tuesday in honour of San Lorenzo, and in La Nucia there will be a Fried Egg Party and Music Band Concert on Sunday. The Moors and Christians Fiesta takes places in Cocentaina from Friday to Monday, with the Spectacular Parade of the Moors and Christians on Saturday at 19:00 and a Ripe Tomato Battle on Monday at 14:00. The Disembarkation will take place on Monday evening in Denia for their Moors and Christians Fiesta, and the Grand Parade will start at 18:30 on Wednesday 15th. The Moors and Christians Fiesta starts in Jijona with the 11th Folk Exhibition on Sunday. There will be a Medieval Market in Teulada all weekend, and the 8th Voramar Jazz Festival continues with Open Air Performances every Tuesday and Wednesday in Moraira, and Thursday’s in Teulada. The Summer Music Concerts continue in Altea every Thursday, and the Bassetes Concerts continue every Wednesday in Denia. The Programme of Free Guided Visits every Wednesday, Friday and Sunday in Altea continues, as do the Free Guided Tours around Teulada every Thursday.

The 46th International Huerta y Mar Fiesta starts in Los Alcazares on Tuesday 14th with the Ventorrillos, which serve typical gastronomy, opening everyday until the 24th. The Vendimia Fiesta starts in Jumilla with the National Grape Crushing contest on Sunday and the infamous Red Wine Parade at 20:30 on Saturday the 17th August. In San Cayetano the Patron Saint Fiesta finishes with the Night of the Fried Egg on Saturday, and in Santiago de la Ribera there will be an Exhibition of Antique Vehicles at midday on Sunday. The San Roque Fiesta starts in Blanca with an evening Artisan Market and finishes on Thursday 16th with a Solemn Procession and Fireworks. The 8th International ‘I Love Sucina’ series of Live Bands continues on Fridays and Saturdays throughout August, the Free Open Air Concerts in Alhama de Murcia also continue with performances most Wednesdays and Saturdays during August, and the Sound of the Sea Music Cruise can be enjoyed every Thursday in Cartagena. The 48th Festival of Theatre, Music and Dance in San Javier continues until the 24th August, and there is Late Night Shopping on Saturday in Los Belones.