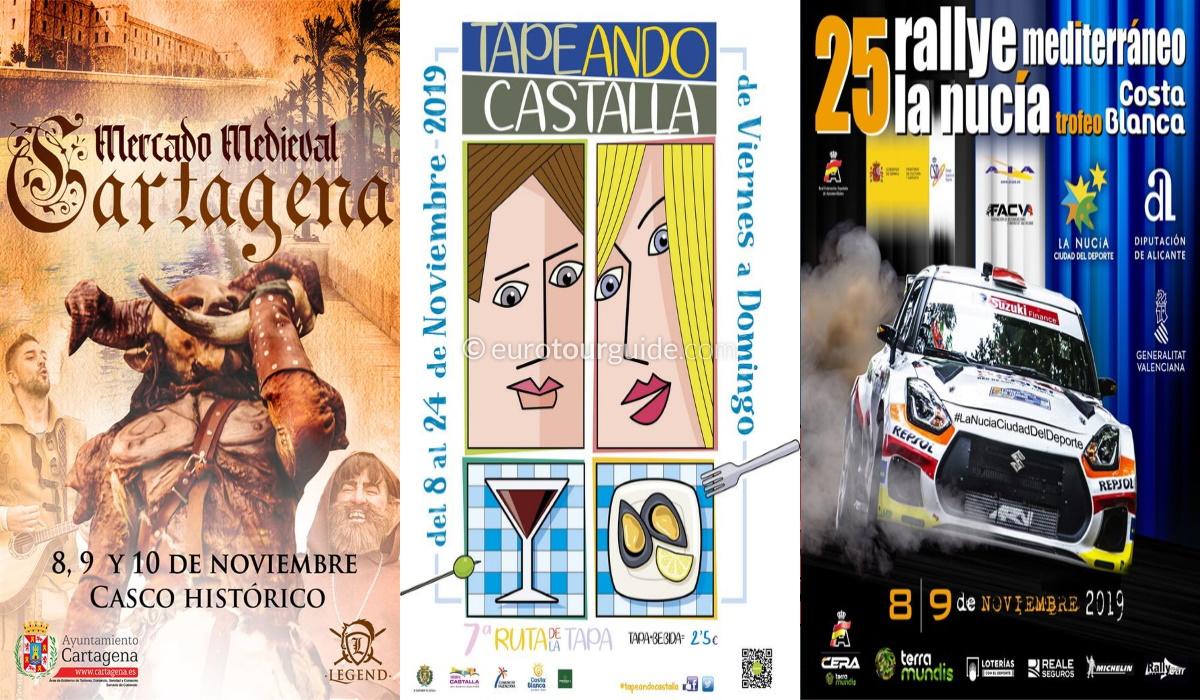 Boogie to the songs of James Brown as we enjoy a high energy Tribute Band and dancers at the stunning Gran Teatro in Elche this Saturday. There is a Choral Recital in Alicante, including a few hours for pre concert drinks or shopping in the City at the end of November. Just added is The Darkness soft rock European Tour Concert in Murcia at the end of January.

Elche CF are playing at home on Saturday the 16th November against Almeria and again on Sunday the 1st December, both coach tours are on the website ready for booking.

The December Murcia Christmas Lights Coach Tours are getting booked up fast, there are still a few places on Wednesday the 18th, and some on Friday 20th. Start the year by being dazzled by Chinese Acrobatic Circus, many of who are former Olympic gymnasts, as they preform at the El Batel in Cartagena.

Our favourite fiesta takes place in March, but needs booking soon; the fabulous Fallas in Valencia. We spend 3 nights experience the Flower Parade and Virgen’s Cloak, the Ninots known as Fallas, the illuminated streets, the monumental Nit de Foc firework display, the Mascletas, the Fire Parade and the burning of the Fallas, called the Crema. Travelling with us, you miss nothing!

The 7th edition of the Spoon Menus in Torrevieja finish on Sunday. It is the first weekend of the 16th Amen de Tapas Route in Monover, the 14th Tapas Route in Sax, and the 7th Tapas Route in Castalla. The miniature trains will be chugging around the track in Torrellano and the Maritime Festival will finish in Torrevieja on Sunday, with both the Nao Victoria and the Galleon Andalucia setting sail.

The 15th Guiame Tapas Route continues in Denia where there are 40 tapas to try! It is the first weekend of the Ondara Winter Fair with a National Canine Competition, Fair Ground Rides, Gastronomy Tastings and the 5th Five Senses Fair. The Patron Saint Fiesta starts in Benidorm with Solemn Processions on Saturday, Sunday and Monday evening, a Fancy Dress Parade on Tuesday and a Carnival Parade on Wednesday. It is the final stage of the 25th Mediterranean Rally in the area around La Nucia, with the Races taking place on Saturday.

The 39th Jazz Festival continues in Cartagena with Concerts every Friday and Saturday during November, and there will also be a large Medieval Market with 140 stalls all weekend. The weekend Gastronomy Menus continue in Jumilla, and the 6th edition of the De Tapas Route starts in Caravaca de la Cruz. The weekend only Tapas Route starts in Calasparra, and the 14th Tapas and Cocktail Route starts in Alhama de Murcia. There is a Puppet Festival in Murcia city with 24 puppet shows to enjoy, and a Classic Car Rally on Sunday morning in San Javier.