A great opportunity to tour around a replica of the Nao Victoria, the first ship to circumnavigate the globe and the Galleon Andalucia, a replica of the 17th century Spanish Galleon of six decks, from the 31st October to the 10th November 2019. During these dates the replica will be located at the Muelle Pesqueo in the Port at Torrevieja. She is open for visits everyday from 10:00 to 19:00, it costs 8€ per adult and 4€ per child and you can buy your tickets in advance from the official website.

Victoria was part of a Spanish expedition which left Sevilla on the 10th August 1519 with five ships, however Victoria was the only ship to complete the voyage, returning on the 6th of September 1522. This replica was built in Spain in 1991 and became the first historical replica to circumnavigate the Earth. She started in 2004 from Seville and during two years she covered 26,894 miles visiting 17 countries. 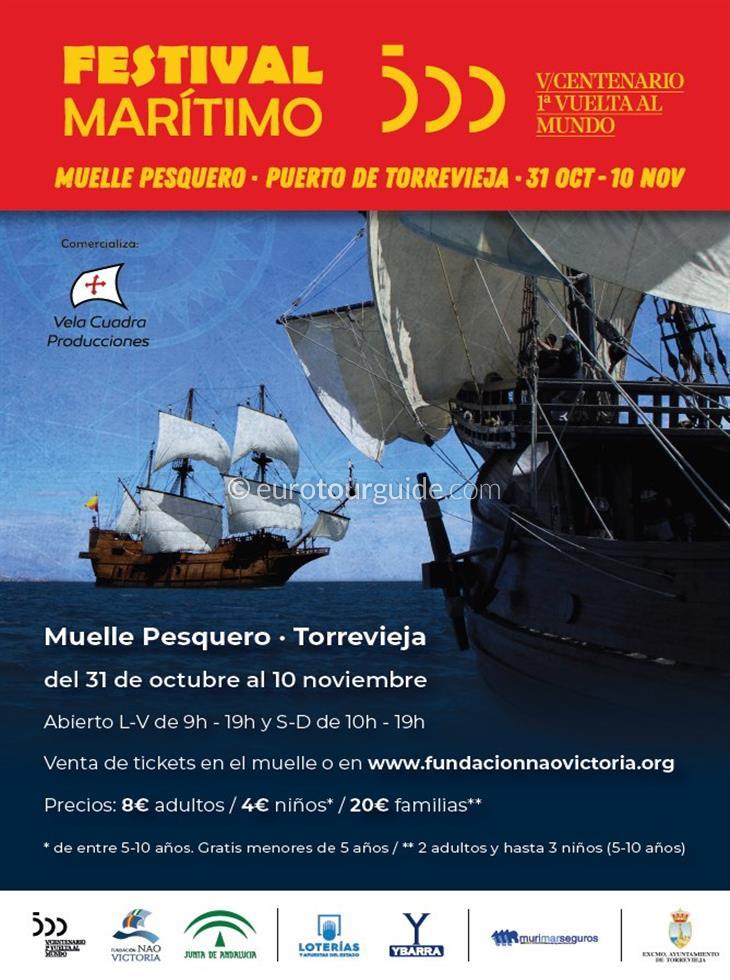