The Moors and Christians will be disembarking, marching, firing their guns, fighting and conquering the castle in Calpe from the 18th to the 22nd October 2019. The annual fiesta is held in honour of the patron saint, Santisimo Cristo del Sudor to celebrate the historic attack on Calpe that took place on 22nd October 1744. The full programme of activities in English is:
Friday 18th October
13:00 Ringing of the church bells and firing of rockets
19:00 Entrance Parade of the Music Bands
20:00 Opening Speeches with the raising of the flags in the Plaza Mayor, followed by the offering of Cirios (candles) at the Parroquia Nuestra Sra. de las Nieves.
Saturday 19th October
19:00 Grand Parade of the Moors and Christians along Avenida Gabriel Miro
Sunday 20th October
11:00 Landing of the Moors and battle on Playa Arenal
18:00 Children's Parade along Avenida Gabriel Miro
20:30 The 'el Miracle' Play in the Plaza Mayor
Monday 21st October
23:15 Correfocs starting from Plaza Arco Iris
00:30 Night time Mascletas in the Plaza Mayor
Tuesday 22nd October
12:00 Mass in the Plaza Mayor, followed by Mascletà (day time fire crackers) in the Plaza Mayor
20:00 Solemn Procession, with the statue of the Santisimo Cristo del Sudor, through the old town 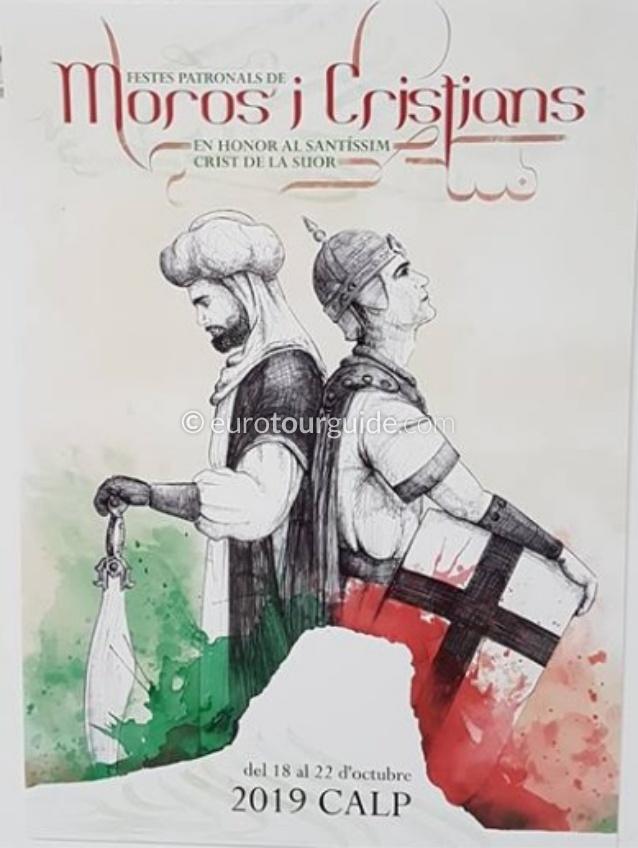 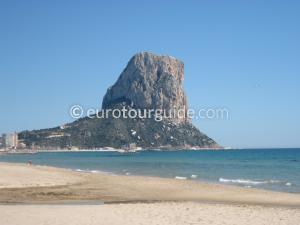